To help with this expansion, I would like to introduce and welcome Raj Gopal, the blog’s new Co-Editor in Chief!

Raj is a Rutgers Philosophy major who END_OF_DOCUMENT_TOKEN_TO_BE_REPLACED

The past few weeks have seen a huge increase in visibility of Humanist Chaplaincies, and Humanism in general.  Here’s some links to recent highlights:

We’re proud of the accomplishments of the RUSH E-board and members who put together the constitution, members lists and other paper work and finally got provisional status as a actual club.

Cheers!  And here’s to finally getting a budget and the chance to meet in actual rooms for your meetings!

Everyone at HCRU looks forward all the great projects in your future.

If you’re interested in joining the now official club, please check out the Rutgers U. Secular Humanist’s Facebook Page.

If you didn’t make it to the David Niose talk you missed out.  But you don’t need to miss out on a good summary of the discussion.

The Rutgers Targum, the University’s oldest newspaper, published a piece about the event on September 19th.

Check out the article in the link above.

September 4th is the first day of classes.

The Humanist Chaplaincy at Rutgers would like to WELCOME all of the new incoming students and all those returning, hopefully, well rested from the summer.

While finalizing your classes, we would like to invite you to get involved with your Rutgers community outside the classroom.

Every time I am asked in front of Brower Commons, a known hotspot for fundraising and protest, to sign a petition I ask the obvious question, “What does this petition support?”

So I would be doing you a disservice if I were to ask you to join Rutgers University Secular Humanists (RUSH) and ask you to be a student Humanist without backing up what these items entail.

This will give you a good idea what to expect of RUSH, Humanism, and me, if writing is of any indicator.

RUSH is a brand new student organization which has its main goals in mind to, “…understanding the nature of humanity, promote humanism, and bettering the world through community service.” Taken from our Facebook page, we have outlined END_OF_DOCUMENT_TOKEN_TO_BE_REPLACED

A recent Gallup Poll puts residents of Hawaii, Utah and South Dakota at the top of the list for flourishing in the US.

At the bottom of the list?  Residents of Maine and West Virginia were least likely to be flourishing.

In the upper end of the spectrum, States had around 60% of their residents thriving.  On the lower end it was estimated at only around 40%.  A pretty big gap!

But what does that mean?  How are they measuring that?  There are lots of studies on Affective Forecasting and END_OF_DOCUMENT_TOKEN_TO_BE_REPLACED

This September, at the Chaplaincy’s first event of the semester, we will be presenting David Niose, the President of the American Humanist Association.

He will be presenting his new book Nonbeliever Nation: the Rise of Secular Americans.

The meeting will be Sept 17th at 7:30pm at the RU Student Center in Multipurpose Rm A, New Brunswick.

Details about the event in the flyer below:

The Chaplaincy is finally finishing up its plans for the Fall Schedule.

Below are our current plans for the semester’s events.

Let us know what sounds good or what else you might like to see.  Suggestions, comments, squeels of excitement?  Write them in the comments below! 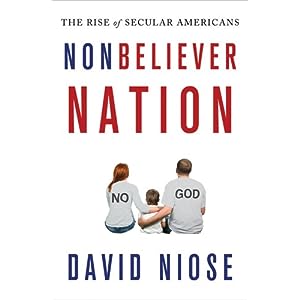 David Niose, President of American Humanist Association, discusses his new book, Nonbeliever Nation: The Rise of Secular Americans, about “how public policy has been decimated by the rise of engaged religious fundamentalists since 1980” and how the modern secular movement END_OF_DOCUMENT_TOKEN_TO_BE_REPLACED

If you can attend, we would love to have you.  If you’re showing up just to see the tables, make sure to stop by!  You can either help us set up or just keep up company.  Please send us an email if you would like to come.  Thanks!

This weekend, Barry Klassel, the Rutgers Humanist Chaplain, will be one of the speakers at a Continuing Education course for Funeral Directors taking place on Tuesday, May 22, in Queens, New York.

The course is called “Serving Today’s Diverse Funeral Client: Tradition or Personalization? Is there room for both?” Barry will describe how to use ceremony to promote healing in a talk titled “Stenghtening Human Connections.” Barry has been officiating at end-of-life ceremonies since 2004.

The Humanist Chaplaincy regularly Tables at Student orientations throughout the summer.  This year we have over a dozen events planned and will be sending out more information as they approach.  Most events are for either Incoming Freshmen or Transfer Students.  However, like this previous weekend, we also set up tables for Alumni events.

Even if you don’t know what ‘Tabling’ is, you’ve likely already seen it.  The Chaplaincy sets up a fold-able table, among sometimes dozens of other organizations, and then sets up poster boards, pamphlets and other information about the Chaplaincy.  In past events we’ve also had games, like Guess the Humanist.

We could always use help setting up for events or you could come by just to keep us company.  If you are already familiar with the Chaplaincy, please come and talk to students that stop by to ask questions.  If you are an incoming Rutgers student, please stop by as well!  We would love to have conversation.

To all Humanist Alumni,

For the second year in a row, I’m speaking at the “All-Alumni Interfaith Chapel Service,” which is Saturday, May 12, at 9am in Kirkpatrick Chapel.  I hope to present our perspective by reading a poem I think of as a Humanist and a universal human affirmation.

The poem is called “I Will Not Die an Unlived Life.”

Afterwards, from about 10:30 until 2pm, I will be at a table with some humanist alumni on Voorhees Mall.

PLEASE CONSIDER ATTENDING THE SERVICE AND THEN STOP BY THE TABLE AND SAY HELLO.

Thank you very much,
Barry Klassel

The Humanist Chaplaincy made a splash at Rutgers Day on April the 28th.

We had a Guess the Humanist game where enjoyers of the  day’s events could win a candy bar.  In order to win, players had to correctly match all four quotations with the individuals that said them on at least one of the 8 large poster boards we had.

We also got a special shout out with an article written by Rutgers University:  Finding God – Or Not – On Rutgers Day.

Wednesday, May 2, 2012, RU Humanist Chaplain Barry paricipated in the memorial service for students and other members of the Rutgers Community who had died the previous year.  The service was held in the Graduate Student Lounge and is only the second annual event of its type at Rutgers.

Barry spoke about his own father’s death in the previous year.  He suggested that human relationships are among the greatest treasures in our lives, and that even after someone close is lost, something shining from that life still remains.  Then he read a poem by M. D. Hughs called THE TIDE RECEDES:

The tide recedes, but leaves behind
bright seashells on the sand.

The sun goes down but gentle warmth
still lingers on the land.

The music stops and yet it lingers on
in sweet refrain.

For every joy that passes
something beautiful remains.

After the service, Barry stayed to counsel some of the parents who seemed distraught.